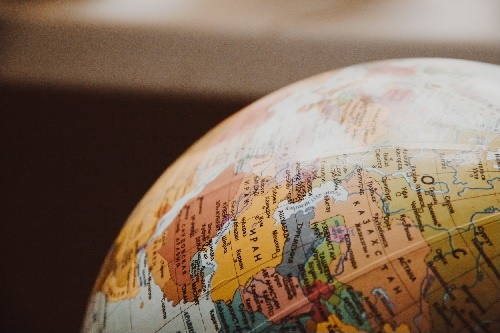 Many people who learn a second language mistakenly believe that they can't learn anymore languages beyond this. In fact the opposite is true - learning languages becomes easier.

The first language you learn - your mother tongue, or native language - is the hardest. You learn by trial and error for the first years of your life, and you learn out of necessity - a pretty good motivator. Some people are born into multiple language environments, but most learn additional languages by attending school or self-study later in life.

Which brings us to learning multiple languages. There are a few tricks to learning several languages, whether you are learning them at the same time, or one at a time in succession.

Cognates - There is often some vocabulary in a language you are learning that has words in common with English or another language that you know. This is because languages are related to each other or at least borrow from each other. Use that to your advantage. When you begin to study a language, look for a list or collection of cognates. This will not only get you started on expanding your vocabulary, you will begin to recognize patterns of spelling and pronunciation that are peculiar to this language. A neat bonus is the fact that your list of potential cognates grows with each language. For
instance, when I learned 'ayer' in Spanish, I didn't recognize any cognate in English, but the French word for 'yesterday' is 'hier.' It's almost identical when you account for the slight difference in pronunciation.

Language Families - Remember that many languages are related to other languages and share many features in common. If you already know some Spanish, learning Italian or French is much easier. You already worked hard learning many of the grammar features that don't occur in English when you studied Spanish, like gender, agreement between nouns and adjectives, and more complex verb conjugations. Now when you begin to study French, let's say, those features are second nature and won't require nearly as much study time and effort to learn. In addition, much of the vocabulary will be similar like in the cognate example above. Learning a related language really cuts down learning time.

Grammar - Even when you are learning a language unrelated to one you already know, you may begin to recognize how languages behave. This is partly what I mean by "learning to learn languages." You begin to understand how languages 'handle' different things. You may not know the grammatical terms for parts of speech (although I recommend you begin to learn them, it will help you) but you will recognize patterns both within one language, and from one language to another. Fundamentally, all human languages operate on the same principles. With each language you learn, you will pick up on
more and more of those principles.

Time - This is your biggest advantage when learning a language. Unless you need it right away, you can spend all the time you want on it, for years and years. The greatest leaps in learning will occur at first. After that the curve will slow down, but that core knowledge that you worked on at first becomes fully entrenched. The longer you have it and continue to use it, the more it sinks in. Now, when you learn another language, you may find some interference between the languages, especially if they are related, but as long as you maintain your other language, that core understanding will always be there and it will grow in time. You won't replace one language with another. When you need to go back to that other language, it's still there and it comes back quickly.

Remember that learning a language is a lifetime process - no one ever really finishes learning. So, if you begin learning another language, you may not be actively studying your previous ones, but you are still learning them if you expose yourself to their use, or 'maintain' them.

Goal-Setting - Set your goals carefully for each language. You may find that adding another language is much easier if you know you that you don't really need to be fluent in it. Maybe you just want to read that language. Then, you don't need to focus on speaking and listening skills. Or maybe you just want to know a few greetings and basic conversation. Forget about heavy grammar. Focus on a few conversation skills and study accordingly.

Maintenance - To me, this is the real trick to learning several languages. By trick, I mean it is essential for your long-term success, and I also mean that it is hard to accomplish. Once you've learned a language, at least its basics, you need to maintain it. Use or lose it, they say. It's true here, too. When you are learning a new language, you still need to expose yourself to the other languages that you know. As a general rule, I like to say 15 minutes a day. Read something, write an email or two to penpals, watch a movie or tv show once in a while, listen to some music etc. Then, when you need that
language for something substantial, the vocabulary and grammar and pronunciation is not so far away from you. If you hadn't used it at all for 6 months or 6 years, I can assure you that it wouldn't come back so easily.

Of course, the problem with this is, for each language you know, that's 15 minutes less time for studying your new one. I think ultimately, this is what puts an upper limit on how many languages we can effectively learn. There's nothing stopping us from learning more, but without using that knowledge on a regular basis, keeping it fresh, it tends to get away from us. Then we are 'replacing' one language with a fresher one. I don't think that's what we have in mind when we learn a language.

For myself, I have a short list of Priority 1 languages that I focus on. I expect this to be a lifetime hobby, so I'm not rushing. I also have a much longer list of languages, each with different goals. I doubt that I'll ever hit my goals in all of these languages, but I'm sure I will hit my goals in at least some of them.

If you really enjoy learning a second language, then maybe consider a third or fourth or more. You may already be thinking ahead and wondering if you could do it. Come up with a list of priorities, set some goals and go to it.

Ron is a long-time language enthusiast, exploring Spanish, French, Swedish, Cornish, Esperanto and others. Learn more about studying a language on your own at Language Learning Advisor This guide for self-study language learners has reviews and recommendations of language learning methods and products, links to online learning resources, learning tips to maximize your study time and effectiveness and articles on language learning.