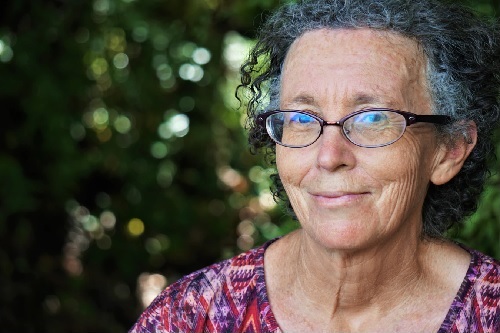 Picking Up A Second Language In Your Senior Years

The media has done plenty to erroneously paint language learning as a pastime that is exclusively for the young. A good example of this was many publications’ interpretation of a 2018 study published in the journal Cognition. The researchers found that if you started learning a language before the age of 18, you were much more likely to obtain a native-like mastery of it later in life. This lead to headlines stating that it was close to impossible to learn and speak a language well if you started later. In fact, the study actually showed that thousands of older learners did achieve native status. Their findings simply found that in general, it was easier to do so when you started earlier. Additionally, the study failed to take into account individual differences, which are vital in terms of language acquisition.

Whether Russian, French, or German floats your boat, hone in on it when you are 30 weeks pregnant, since Kuhl’s study showed that newborns start listening to what their mothers say from this time until birth. Kuhl states that the vowel sounds are the loudest sounds and the fetus really ones in on them. Before her study, researchers already knew that babies can hear and differentiate between language sounds, but they had no proof that the fetuses actually began learning the language as well. For the study, babies in a nursery were played vowel sounds both from their native tongue and from foreign languages. Their interest in specific sounds was measured by how long (or short) they suck on a pacifier that was connected to a computer. Findings showed that the babies sucked longer for the foreign language than for their native one - which shows that they do indeed differentiate well between sounds heard while they are in the womb.

Testing with a Made-Up Word

As stated in a 2017 study by researchers at San Diego State University, strategies for learning a second language change in older learners. Previous studies have shown that older learners tend to utilize parts of the brain linked to visual imagery and episodic memories more than their younger counterparts. They prefer to use learning materials with ‘familiar semantic contexts’ – meaning that they learn better when content is organized according to theme. They also benefit from easy access to translation equivalents of the target language into their own language.

Every Learner Is An Individual

The study also showed that some factors can make second language learning a little easier for older students. These include educational attainment and verbal fluency. Despite the differences, much unites all learners of this age, who generally benefit, for instance, from continued exposure to the new language. Studies have also shown that older learners may have a slight cognitive edge over their younger counterparts. Cenoz (2002) and Miralpeix (2007) found that “late second language learners who display more cognitive maturity may overtake early learners.”

Learning a language today is considerably easier than in previous decades for older learners. In the past, having to save as a senior often meant having to forego attending colleges or language academies with high costs. Today, even seniors living on a budget can easily find a course that suits them by studying online or completing a distance learning course. Online tuition services offer one-on-one classes that allow tutors to personalize classes, generally at considerably lower prices than those charged by face-to-face tutors.

Around four in 10 adults in the U.S. report owning smartphones, according to Pew Research, and that means one important thing – many use apps for everything from communication to learning. There are many free or well-priced language learning apps that are ideal for seniors, precisely because many of them organize their content thematically and have the visual cues that helps consolidate new vocabulary. Just a few apps that do so include Duolingo, Babbel and Busuu. Some apps offer opportunities for Q&As, chatting and social connection with native speakers and fellow learners. A few worthy of trying out include HelloTalk, HiNative and TripLingo.

It truly is never too late to learn a second (or third) language. Early learners may have a small edge, but ultimately, older ones can also pick up a good degree of fluency by adapting their learning strategy to their needs. Learning new language in specific contexts can help, as can the use of visual tools that aid in retention of new vocabulary and grammatical rules. Finally, technology can help older learners revise learned words and structures, and give them the opportunity to liaise with native speakers for quick Q&As.

Save 25% on your 12 month subscription of Babbel!