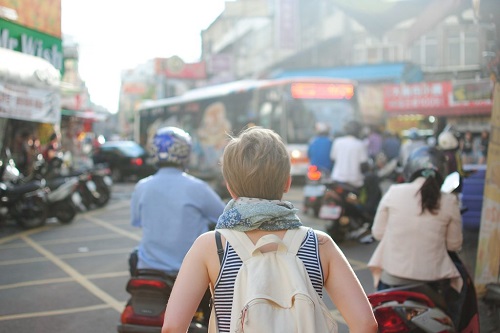 Top 5 Most Important Languages for Travelers

You cannot possibly separate languages from travelling. Some may say that every important issue can be communicated with your hands. However, being able to communicate in the local language elevates each foreign trip to a completely different level. Anyone who does not want to miss out on authentic cultural experiences and newly established friendships all over the world knows well that their native language is not enough.

What are the most useful languages to know when traveling?

At Anglictina online, a Czech-based website that helps people study English online, we have asked ourselves this question. Authors of the Ethnologue project have calculated that there are currently more than 7,000 active languages in the world. Nonetheless, only exceptionally gifted individuals (polyglots) can master 5 or more languages at the same time. It is estimated that less than one in a thousand people will achieve this feat. Mastering two or three foreign languages at conversational level is, however, far from being an unreachable target. Just focus on everyday life phrases that you will surely use and then simply memorise them by usage. What languages are being used most in the world and are strategic to study if you are a traveller then?

Surprise? Not at all. Apart from the fact that English is the official language of UK, Ireland, USA, Canada, Australia, New Zealand, Jamaica, Bahamas, or Barbados, you can expect at least the basic level of knowledge of English in most of the world's population. In case your English is not sufficient enough to have a fluent conversation even with other non-native speakers, you really should seek to improve it. There is plenty of opportunities to study English systematically almost everywhere, an example being the extensive list of English courses available in the Czech republic.

There is more than half a billion Spanish speakers worldwide at the moment. From the traveller's point of view, Spanish is a really practical language. You are going to use Spanish in most of South America and Central America. Furthermore, Spanish could also come handy in USA or Philippines.

French is the fifth most widespread language on Earth. Not only France is a Francophone country, you may add Belgium, Switzerland, Canada, Congo, Algeria, and Cote d'Ivoire (Ivory Coast) to your travelling list if you speak some French. If you do not, the time to change the status quo has come. At last.

Mandarin Chinese has the most native speakers in the world. Along with China, you can speak it in Taiwan, Singapore, or Malaysia. On the other hand, it is quite a difficult language to learn. Therefore, it requires a fair amount of diligence to master Mandarin Chinese.

There is a plethora of regions where Arabic plays a prominent role as a language. To mention just a few: the whole Arabian Peninsula (Saudi Arabia, Syria, Iraq, Jordan, Lebanon, UAE) and most countries of North Africa (Egypt, Libya, Tunisia, Algeria, Morocco). Overall, more than a quarter billion people speak Arabic.

The top 5 languages listed above have a global dimension. That is why it is worth learning at least one, two or three of them in the long term, trying not to be content with the basics and improving your level on every occasion. However, it does not mean you must necessarily learn one of these five languages. On the contrary, it all depends on which parts of the world you are heading to. It never hurts to get familiar with at least the most basic phrases of the local language. Once you break the ice in their local language, the locals will be more willing to use English or another common language for your next conversation.